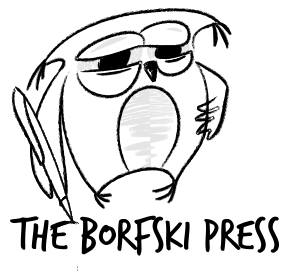 A Blog for You 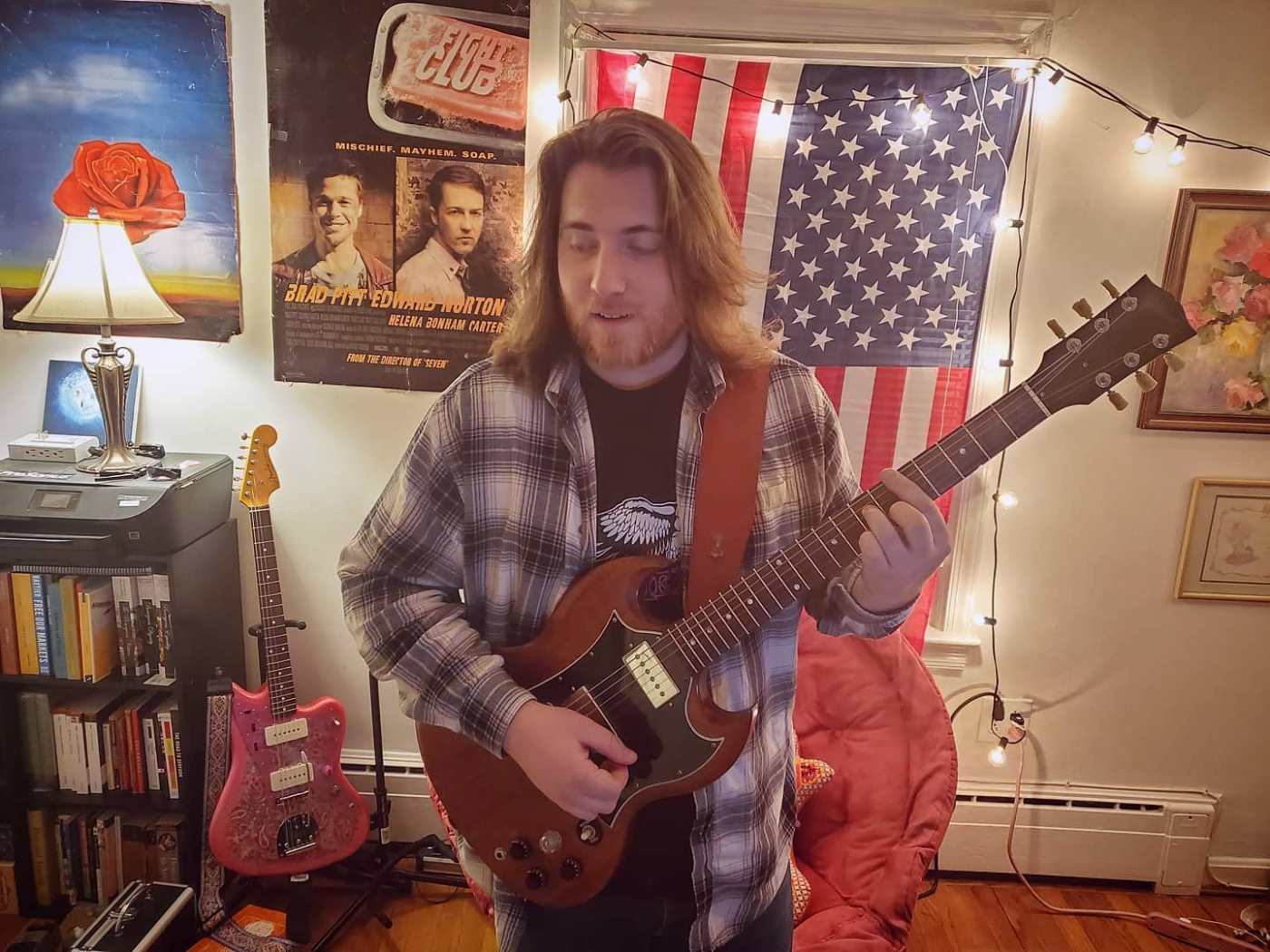 As we mentioned before, we’re taking a break from publishing volumes of The Borfski Press. That said, Lulu is offering 15% off all print products through April 9th. Apply the coupon code ONEFIVE at checkout to save on your purchase. As we push into the unknown with COVID-19, we’re going to try to take advantage of being stuck at home.

In this blog post I’m going to focus mostly on music. I’ve recently announced my 3rd album, Beach Nugs, will release on April 17th. The record is primarily fuzzed out beach tunes and I composed, performed, and produced all tracks myself. The first single, “Tasty Cakes” released on March 1st so give it a listen and let me know what you think.

I’ve taken a different direction with my songwriting and going down the path of writing stoner and doom metal. Discovering groups like Sleep, Witch, and Orange Goblin made that pretty easy and possible. I grew up listening to a lot of early metal; mostly Sabbath and Priest but then later Slayer, Megadeth, Nuclear Assault and even more later – Cannibal Corpse, Impaled, and Carcass. Among other things were Zappa, AC/DC, Smashing Pumpkins, more classics, and being from Virginia made it nearly mandatory to listen to bluegrass).

Below is my first crack at a new style with a tune called “Caravan in the Sky.” Using a 2004 Gibson SG with Phat Cat P90s.

After some time I acquired a tasted for everything. I went to school at Radford University and studied audio engineering and classical, jazz, funk, and avant garde music. In recent years, independent rock groups have caught my eye. You can tell that some of them are influenced by 90’s/millennium punk rockers like blink-182 and Green Day with a twist of Tom Petty or The Beatles. My first album, A Faded Way of Life, and EP, Wet Socks Down at the Docks, featured mostly lo-fi indie rock tunes. Beach Nugs is a follow up to those records. I’ve improved my musicianship, engineering and songwriting skill. However, like most musicians after a release, I felt an urge to get creating something new.

My band Sofa King has been playing heavy blues/stoner metal style tunes but since the coronavirus has taken spread we haven’t been rehearsing in order to stay safe. So in lieu of having a release show for the album as planned or being able to play with my band, I’ve been working on some new music. I have three new songs written, two of which I’ve done play-through videos. So check those out and let me know what you think.

This play-through is to a tune called “Green Flame.” Using an Ibanez AS-73 sem-hollow-body in this one.

We’re hoping that TBP can pickup taking submissions for the next issue over the summer. For now, we’re planning to do a blog featuring ourselves and you. I’ll be covering the usual poetry, art, stories, etc but also want to shed some light on music gear, pickup swaps, self publishing, and anything I can think of worth blabbering about.

We will get our Submittable page up and running for blog submissions ASAP, but in the meantime send us your blog pitches to shawnhatfield88@gmail.com. That said we’re likely to accept material that has some media in it. We’re looking for quarantined videos of songs, poetry/story readings, a video or description of a piece of art you’ve done, but feel free to continue to send us poetry, prose, and art to feature. Send us something creative and we’d love to take a look and possibly feature it.

Selected blog pitches will be featured on our website, Facebook, YouTube and Instagram. Same deal as before, you own your work but we reserve the right to post and feature accepted works on our website and socials. For now, we cannot pay our contributors for their work. As much as Dagney and I would like to, it’s just not in the cards at the moment. We appreciate your patience, consideration, and creativity.

First and foremost, I love music and writing. Since I composed my first pieces of music and poetry I've been obsessed with creative output. Music and writing are a constant puzzle I want to solve, whether it is a blog piece, recording session artists, short stories, or full length albums. I am the owner and head engineer of Groove: Music Studios. Currently, we offer professional audio mixing and mastering services. I am also the Senior Editor/Staff Writer at The Borfski Press, an independent publishing company that I co-own with my wife, Dagney. I am currently working full time in music retail at a small business and part time as a professional musician and writer. I love working in a local shop, building customer relationship management skills, and having the opportunity to sell things I love. My expertise include audio production, live sound, music retail, writing/blogging, and publishing. I especially enjoy writing and learning about music gear, specifically vintage pedals. There's something very special and exciting about stomping a pedal's switch or flipping an amp on for the first time.