What Do You Know About John Steinbeck?

John Steinbeck released nearly thirty books in his lifetime, won the Pulitzer Prize for Fiction in 1940 and in 1962 won the Nobel Peace Prize in Literature. Those are just a few of his achievements. However, did you know that according to the American Library Association he was one of the most frequently banned authors?

Specifically from 1990-2004, Of Mice and Men was ranked 6th most controversial and banned book of 100 books. That was over fifty years after its release and nearly thirty years after the death of Steinbeck. 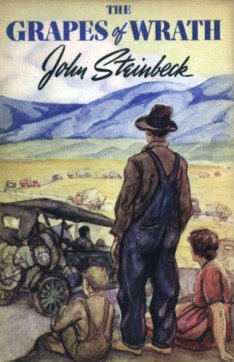 In 1939 The Viking Press published Grapes of Wrath, and within a year Steinbeck won the afore mentioned Pulitzer Prize. Not long after, the novel was adapted into a film featuring Henry Ford as the protagonist, Tom Joad. The author, however, received a lot of negativity near his home for his portrayal of capitalism and politics. The book was banned in Kern County and several surrounding areas until 1941. 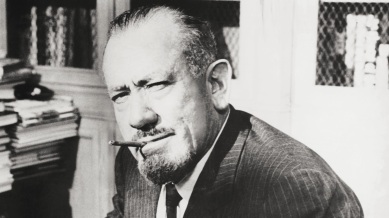 John Steinbeck is one of America’s most influential and successful novelists, but knowing the story behind the stories is also important.

First and foremost, I love music and writing. Since I composed my first pieces of music and poetry I've been obsessed with creative output. Music and writing are a constant puzzle I want to solve, whether it is a blog piece, recording session artists, short stories, or full length albums. I am the owner and head engineer of Groove: Music Studios. Currently, we offer professional audio mixing and mastering services. I am also the Senior Editor/Staff Writer at The Borfski Press, an independent publishing company that I co-own with my wife, Dagney. I am currently working full time in music retail at a small business and part time as a professional musician and writer. I love working in a local shop, building customer relationship management skills, and having the opportunity to sell things I love. My expertise include audio production, live sound, music retail, writing/blogging, and publishing. I especially enjoy writing and learning about music gear, specifically vintage pedals. There's something very special and exciting about stomping a pedal's switch or flipping an amp on for the first time.